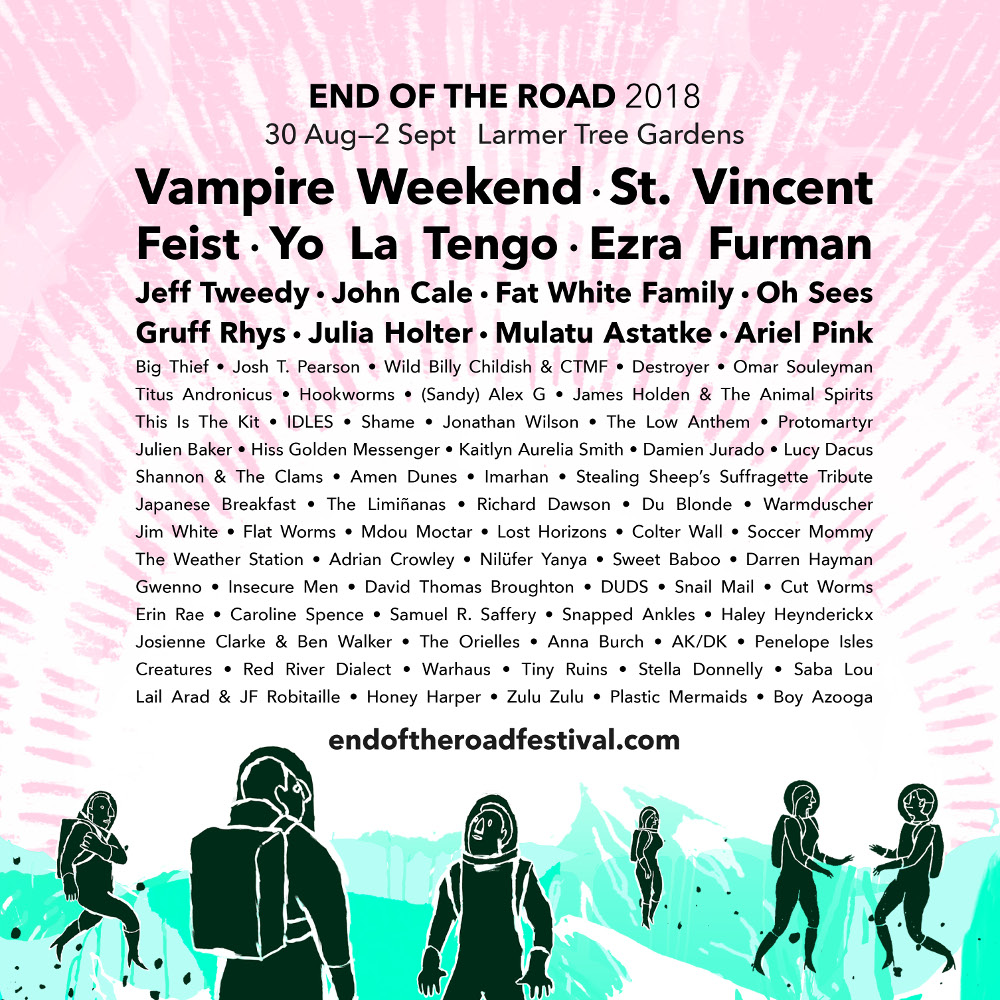 We are thrilled to welcome back Josh T. Pearson, whose legendary band Lift To Experience has reached near-mythical status, their only album The Texas Jerusalem Crossroads inspiring a cult following while nailing the sombre mood of the time. After a decade of near silence, Pearson re-emerged with his acclaimed heart-wrenching debut solo record, Last of the Country Gentlemen. He played those songs at End Of The Road in 2011 to a mesmerised crowd, as Pearson seemed “truly to be wrestling for his soul” (The Independent). With a new solo album due this year for which he’s “got rid of the beard, cut my hair and started wearing colour”, Pearson is freeing himself from the mythology that has surrounded him since Lift To Experience’s implosion and we can’t wait to see it manifest on stage.

Over four decades, the endlessly creative and subversive Billy Childish has produced a breadth of brilliant, uncompromising work in a long and hugely eclectic career that has seen him explore music, art, poetry and more. As a musician he’s released albums at an astonishing rate (approximately 150 albums and counting) taking in punk, rock & roll, blues, spoken word, nursery rhymes and garage rock. He’s fronted a number of bands down the years and in 2017 Wild Billy Childish & CTMF released their fifth album in five years.

To mark the centenary of suffrage, Stealing Sheep are celebrating at End Of The Road with a brand new performance inspired by the suffragette movement. ‘Stealing Sheep’s Suffragette Tribute’ will bring together female musicians with design, AV and production students to create a marching band and procession featuring brand new music – all inspired by women, equality and empowerment.

Lucy Dacus was a 19-year-old songwriter with a day job in a photo lab when her debut LP, 2016’s No Burden, sparked a 20-plus-label bidding war and two years of constant touring. With a new album out on Matador released last week to wild acclaim, it’s clear all that attention was more than justified and we’re as equally eager for her return to End Of The Road.

Adding to the wealth of new talent on this year’s line is Nashville native Soccer Mommy, AKA Sophie Allison, whose debut album proper Clean is one of the finest we’ve heard this year. Infamous for their visceral and raucous live sets, supergroup Warmduscher (fronted by Clams Baker of Paranoid London and backed by members of Mutado Pintado, the Fat White Family, Paranoid London, Childhood and Insecure Men) join us for some wild rock ‘n’roll. With Flat Worms and Hookworms already in the bait bucket we’ve also bagged Cut Worms, the brainchild of singer-songwriter Max Clarke. The beautiful, transportative soft rock that makes up his debut EP was produced by Foxygen’s Jonathan Rado and we can’t wait for him to bring his springtime tunes to Larmer Tree for late summer.