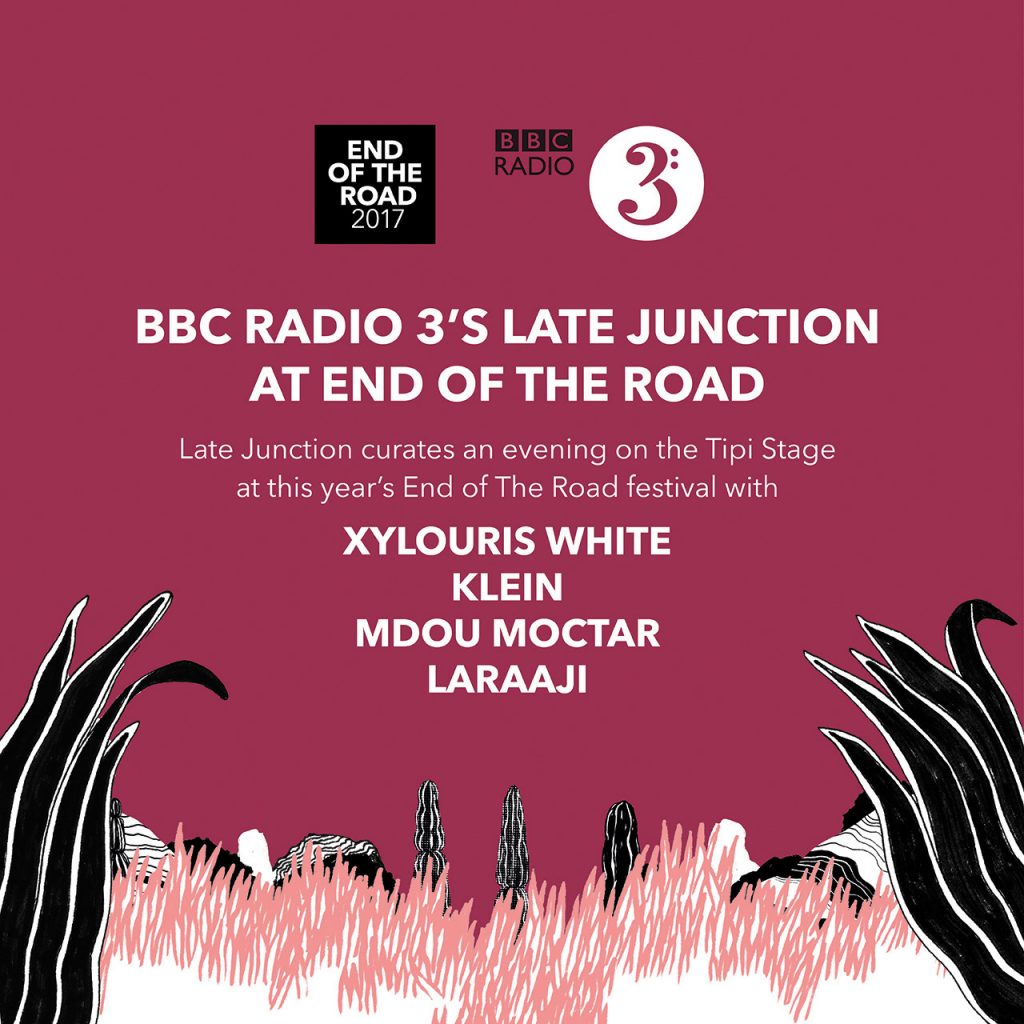 For the first time this year BBC Radio 3’s adventurous music programme Late Junction will be curating the Friday evening on our Tipi stage. With a rich history in broadcasting left field music, from Russian sound art to Chicago footwork via field recordings and free jazz, Late Junction has selected 4 suitably boundary- pushing artists to top their bill.

Renowned multi instrumentalist and new age mystic Laraaji, was discovered by Brian Eno while he was busking in Washington Square Park with his custom made electronic zither went on to release the seminal album Ambient 3: Day Of Radiance produced by Eno. With a new album due this year, we can’t wait for him to bring his unique blend of transcendental jazz and new age ambience to Larmer Tree Gardens.

KLEIN is a singer and producer based in South London (by way of Lagos) known for her unique blend of gospel, experimental electronic production and raw vocals. Her self-released album Only was on many tastemaker lists last year and she recently won a Oram award for innovative women in music.

Tuareg vocalist and guitarist Mdou Moctar. Revered as an innovator in his home country of Niger, Moctar is known for his psychedelic, electronic adaptations of traditional Tuareg music and his unconventional style has won him accolades both in Niger and abroad. His 2008 debut album Anar was a breakaway success on the MP3 sharing networks of West Africa and he has since released two highly regarded albums internationally.

Greek and Australian duo Xylouris White is comprised of singer George Xylouris whose lute playing seems otherworldly, as well as one of the best-loved artists on Crete, and the Dirty Three drummer who needs no introduction, the Jim White. The likes of Bill Callahan, Nick Cave, White Magic, PJ Harvey and Cat Power all know that there’s more to White’s drumming than mere accompaniment. Their second album Black Peak was released last October to wide critical acclaim and features vocals from Bonnie “Prince” Billy no less.

Late Junction will also be at large across the festival site on Friday. Laraaji will also be hosting a Laughter Meditation Workshop on the lawn in front of The New Pavilion at 2pm and presenter Nick Luscombe will DJ on The Disco Ship from 12.30–1.30am.