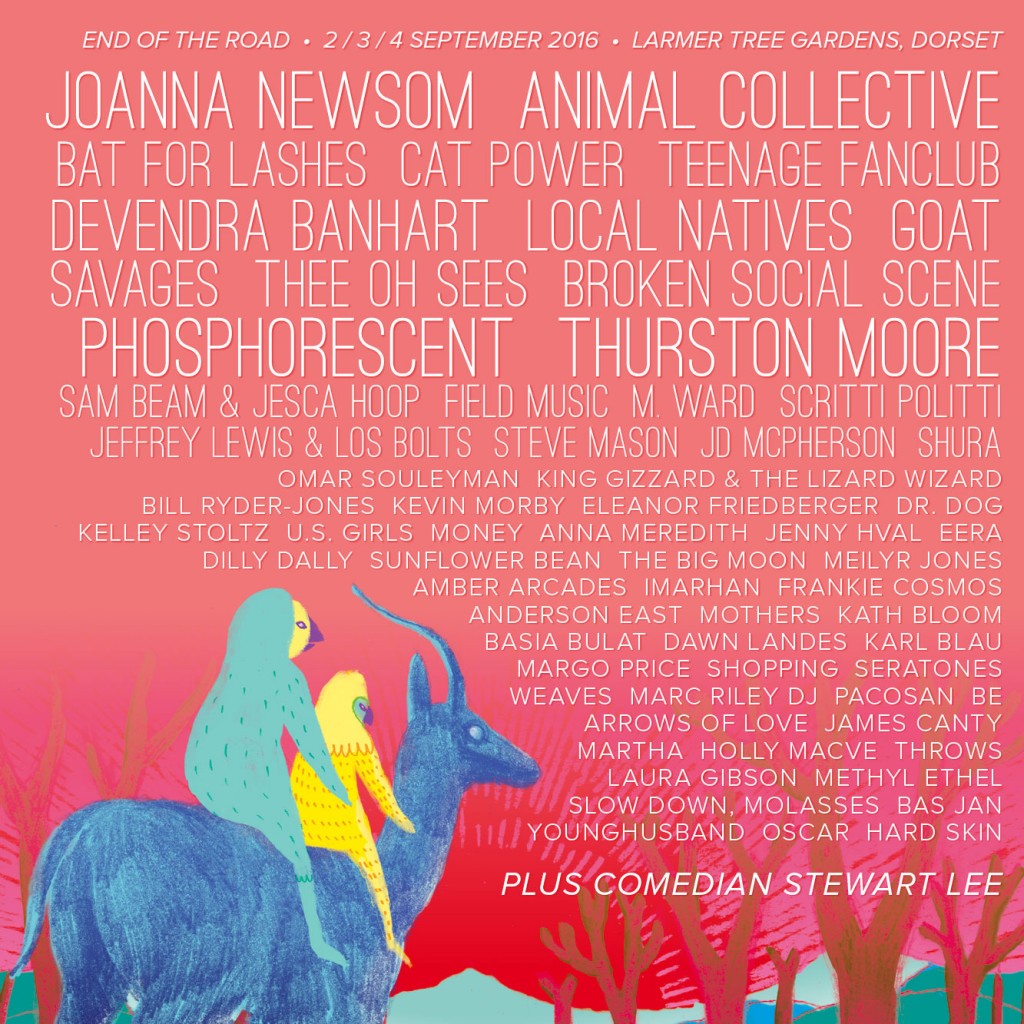 Following this year’s headline announcement, we are delighted to add Scottish genre-defining alternative legends Teenage Fanclub to the 2016 line up. This will be their only UK festival appearance this year. Along with Savages, Broken Social Scene and Thurston Moore, we are also thrilled to welcome the inimitable Stewart Lee to the festival for the first time, who will headline the comedy stage.

Teenage Fanclub’s Norman Blake said of the news; ”We’re very excited to be playing at End Of The Road Festival this year. We’ve been busy in the studio and End of The Road presents us with a fantastic opportunity to share some of the songs from our next album. The festival has been consistently great from the beginning and this year looks like it will be no exception. The line up is phenomenal.”

We’re also very pleased to welcome back rising star and ex-Woods man Kevin Morby, one of last year’s highlights and sure to release one of the albums of 2016 with Singing Saw. Chicagoans and the band on everyone’s lips Whitney will also be joining this year’s line up with their hazy country folk melodies, along with a very special performance from Sam Beam & Jesca Hoop’s collaboration Love Letter For Fire.

Other additions include sonic adventurer Anna Meredith whose excellent debut album Varmints is fast becoming one of the critics’ favourites and Jenny Hval who will bring her captivating brand of experimental performance art pop from one of last year’s most acclaimed albums Apocalypse, Girl.