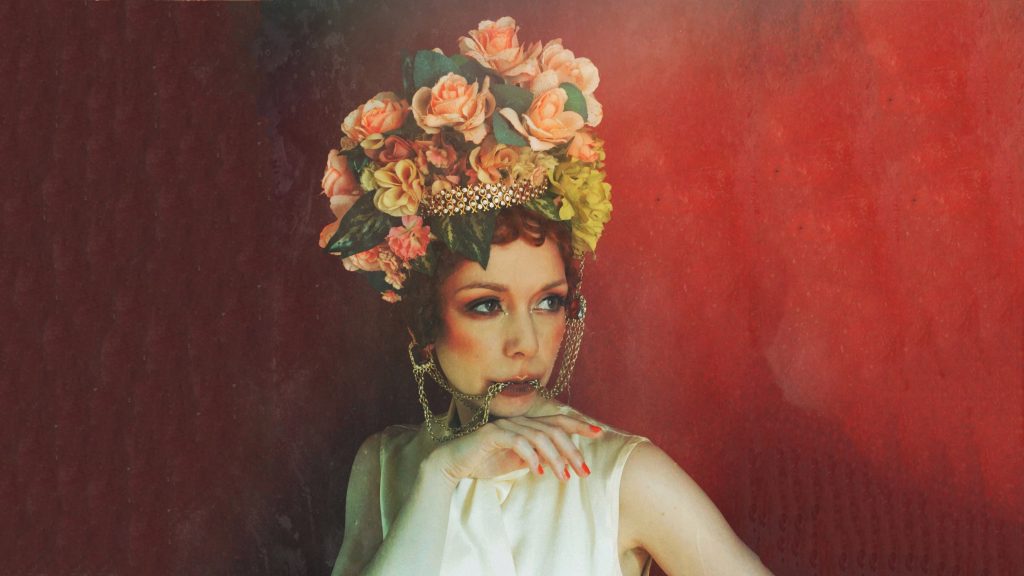 Propelled by the Manic Street Preachers’ lyric “libraries gave us power”, The Anchoress – aka Welsh producer and multi-instrumentalist, Catherine Anne Davies – is a voracious devourer of words and music. In fact, Bloomsbury published her PhD in English Literature just before she released her critically-celebrated debut album, Confessions of a Romance Novelist in 2016.

From her early roots as a classically-trained flautist to her current obsession with vintage synthesizers, Davies has spent much of the last years developing her writing and engineering skills to become one of the most interesting up-and-coming songwriters and producers in the UK, winning the PRS Writer/Producer award in 2019.

2021’s The Art Of Losing, which was fully written and produced by Davies, creates a technicolour eruption of emotions, firmly concerned with how to find purpose in the midst of grief.