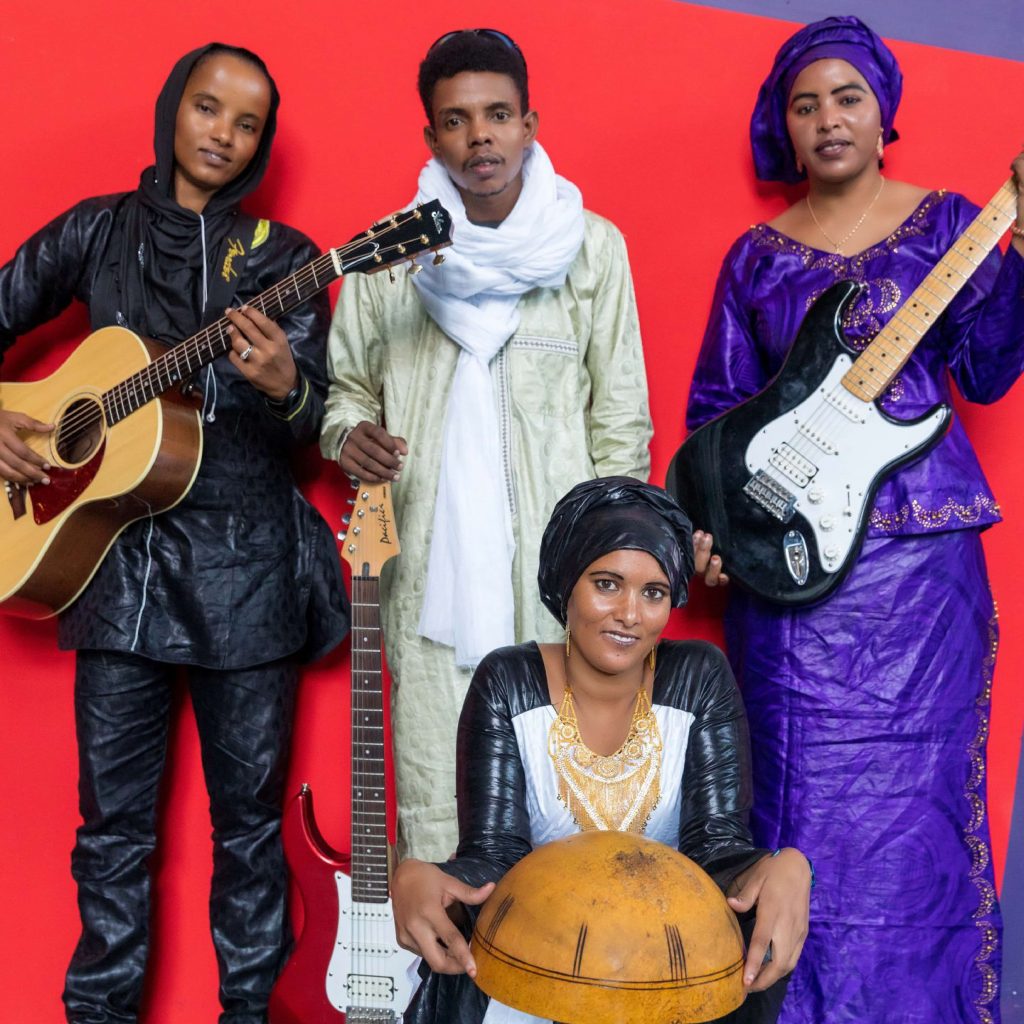 Tuareg band Les Filles de Illighadad come from a secluded commune in central Niger, far off in the scrubland deserts at the edge of the Sahara. Lead vocalist Fatou Seidi Ghali is one of the only Tuareg female guitarists in Niger and while her role as a guitarist is groundbreaking, it is just as interesting for her musical direction. Fatou and Les Filles de Illighadad are reasserting the role of tende (a drum made out of a mortar) in Tuareg guitar. In lieu of the djembe or the drum kit, Les Filles de Illighadad incorporates the traditional drum and the pounding calabash, half-buried in water. Their music is a testament to wealth in simplicity, with sparse compositions built from a few elements: vocals, handclaps, and percussion.