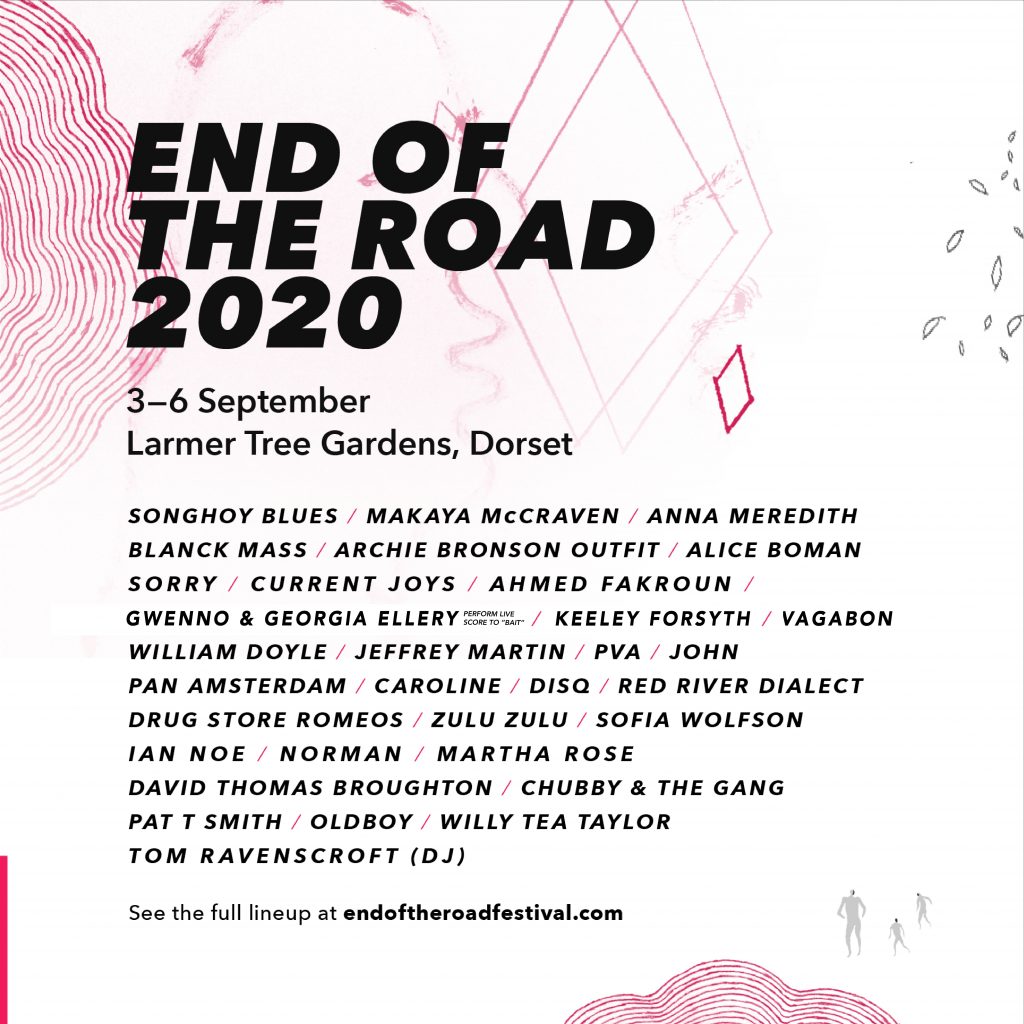 With less than six months to go until End of the Road 2020, we’re delighted to reveal another haul of bands to be added to the already sparkling line up.

Having long been on the wish list, we’re thrilled to welcome Songhoy Blues for the first time. Known for their electrifying live shows as much as their harrowing story, they have overcome political unrest and exile from their home, to find themselves working with Nick Zinner from the Yeah Yeah Yeahs and counting Julian Casablancas among their many discerning fans.

Blurring the boundaries of jazz and electronic music, drummer and sonic visionary Makaya McCraven reinvents musical performance through his ‘organic beat music’. Last month he released a re-imagining of the seminal I’m New Here, transforming Gil-Scott Heron‘s final album into a masterpiece of dirty blues and spiritual jazz, and it will be a privilege to have him perform it at End Of the Road.

Hailed as “the new Scott Walker” (link) by The Guardian, dancer, actress and composer Keeley Forsyth produced one of the most startling and acclaimed records of the year so far with the avant-garde and beautiful Debris, documenting her descent into depression. With her voice landing somewhere between Peggy Lee and Nico, her performance at Larmer Tree Gardens promises to be a truly captivating and moving experience.

The Cinema will have live music for the first time thanks to Cornish-Welsh musician and Welsh Music Prize winner Gwenno Saunders who returns to End Of The Road this summer to perform the score to ‘Bait’ live alongside a screening of the film. Gwenno will be joined by Georgia Ellery, who not only plays Katie in the film but is also a musician in Jockstrap and Black Country, New Road.