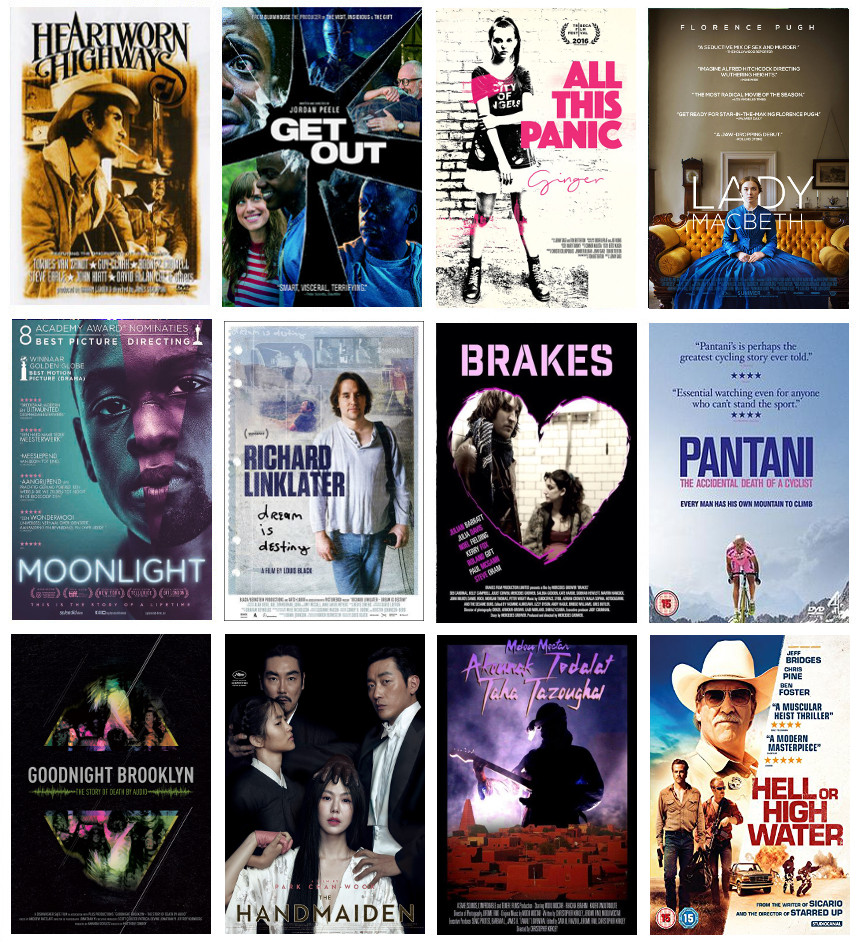 We’re incredibly excited to not only reveal this year’s Cinema programme, but also bring you news of a complete face-lift for The Cinema itself. Revamped, relocated and revitalised, prepare to fully immerse yourself in a Twin Peaks-inspired wonderland which we’ll celebrate the opening of with a David Lynch double-bill on Thursday evening (with Blue Velvet preceding a screening of Twin Peaks‘ original pilot episode). Be sure to grab a slice of your finest cherry pie, and we’ll stick a pot on.

Our bigger and better than ever before Cinema will this year play host to a vast and eclectic array of films and Q&As. We will be screening some of this year’s finest, from the Oscar winning Moonlight and critically acclaimed horror Get Out, to box office hits for adults and kids alike, The Lego Batman Movie. There’s also plenty of classics on offer, with Robert Altman’s neo-noir thriller The Long Goodbye and the 1979 coming of age drama Breaking Away.

For the proper musos, we are thrilled to welcome producer Graham Leader to Larmer Tree Gardens, all the way from the US, to discuss the Father John Misty and Lucinda Williams approved classic music documentaries, Heartworn Highways and Heartworn Highways Revisited, (featuring Townes Van Zandt, Steve Earle and Guy Clark among many others). This will be the highlight of a day filled with Americana cult classics, from the more recent Hell Or High Water, to the iconic Paris, Texas.

We will also be joined by Delia Derbyshire…The Myths & Legendary Tapes director Caroline Catz, to talk about her portrait of an unconventional British electronic music pioneer, while Natale Tsipori will be on hand to take questions about the Low Anthem documentary Am I The Dream or The Dreamer?. The cult budget ‘anti-rom com’ Brakes’ director and writer Mercedes Grower will be in conversation with one of the co-stars Seb Cardinal of Cardinal Burns, ahead of his turn on this year’s Comedy Stage.

End of The Road will also be venturing further into musicals territory this year. From the weird Rain The Colour Of Blue With A Little Red In It, a reimagining of Purple Rain by Mdou Moctar (who plays the Tipi stage for Late Junction on Friday) to the sublime Hedwig And The Angry Inch, and the classic Mary Poppins.

And the kids will be alright with some great animations in store, including Kubo And The Two Strings followed by a Sunday night French language double bill with the acclaimed My Life As A Courgette – premiered at Cannes Film Festival this year – and the beautifully animated non-dialogue cycling comedy, Belleville Rendez-Vous.

The Handmaiden
Old Boy
Hedwig and The Angry Inch
Lady Macbeth
Am I The Dream or The Dreamer? A Film About The Low Anthem (with Director & Crew Q&A)
Brakes (with Director & Cast Q&A)
Delia Derbyshire… The Myths and the Legendary Tapes (with director Q&A)
All This Panic
Mary Poppins
Kubo and the Two Strings

Get Out
The Guest
Goodnight Brooklyn
Moonlight
Breaking Away
Pantani: The Accidental Death of a Cyclist
Belleville Rendez Vous
My Life As A Courgette
The Lego Batman Movie