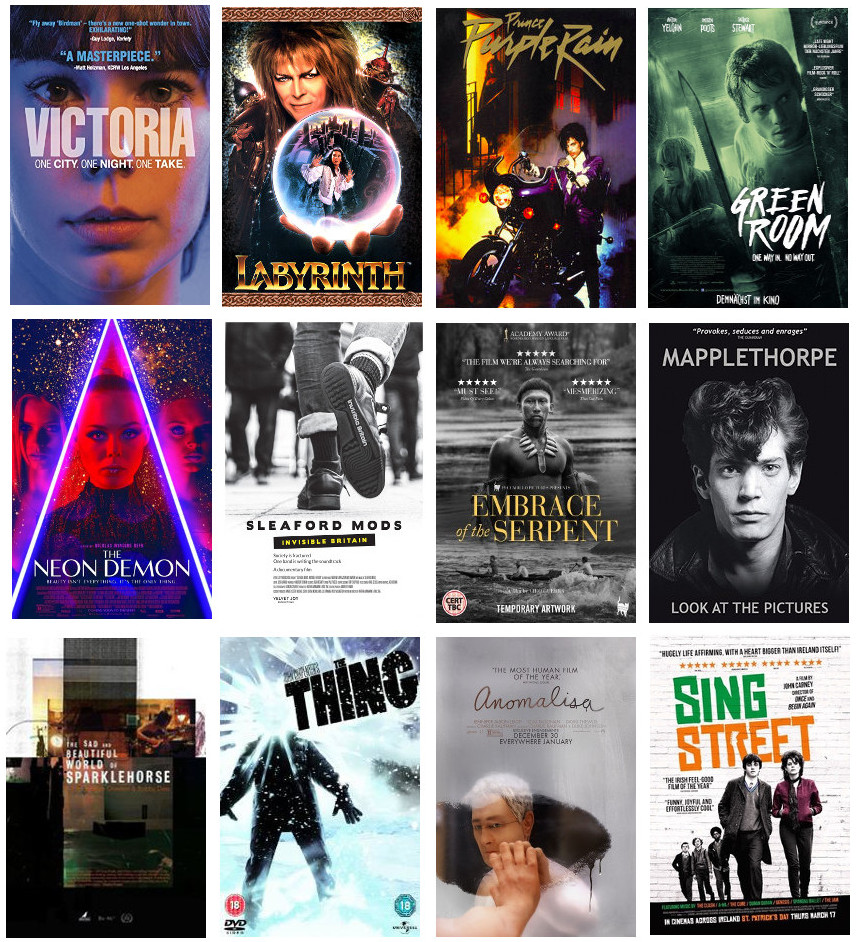 On top of our exceptional Music, Comedy and Literary bills, we’ve also been busy putting together our Cinema schedule, featuring our usual array of old classics mixed with some of this year’s standouts.

There’s something to please all tastes this year, whether your after an acclaimed documentary such as the visually stunning Mapplethorpe: Look At The Pictures or one of the year’s best independent films Everybody Wants Some!!, Richard Linklater’s semi-sequel to his 1970s high-school comedy Dazed and Confused. Alternatively if you want to catch up some of 2016’s box office hits, there’s The Jungle Book and Nice Guys, as well as some old hit classics such as E.T., Kes and Being John Malkovich among many others.

We also have a very special screenings of the music documentaries The Sad And Beautiful World of Sparklehorse and Invisible Britain: Sleaford Mods, both preceded by Q&As with their directors Bobby Dass and Paul Sng respectively. Also in this category is Greg Butler’s documentary The Ambiguity Of Thomas Broughton, which follows Broughton from his hometown in West Yorkshire to a climatic set at End Of The Road where he serenades a half eaten sausage. Ideal viewing at this year’s festival!

And finally, in honour of David Bowie and Prince who we sadly lost this year, we will be screening Purple Rain and Labyrinth on Thursday night.

Saturday
The Thing (1982)
Nice Guys
Anomalisa
Being John Malkovich
Embrace of The Serpent
Invisible Britain: Sleaford Mods (with Director Q&A)
Mapplethorpe: Look At The Pictures
When Marnie Was There

Tickets for this year’s festival won’t be available for long, so if you haven’t grabbed yours yet, get one HERE and don’t miss out. End Of The Road is your only chance to see the dazzlingly talented Joanna Newsom in the UK this year, as well as The Shins‘ first show in four years, the Technicolor genre-hopping Animal Collective and the otherworldly Bat for Lashes’ first festival headline slot since the release of her acclaimed new album The Bride.