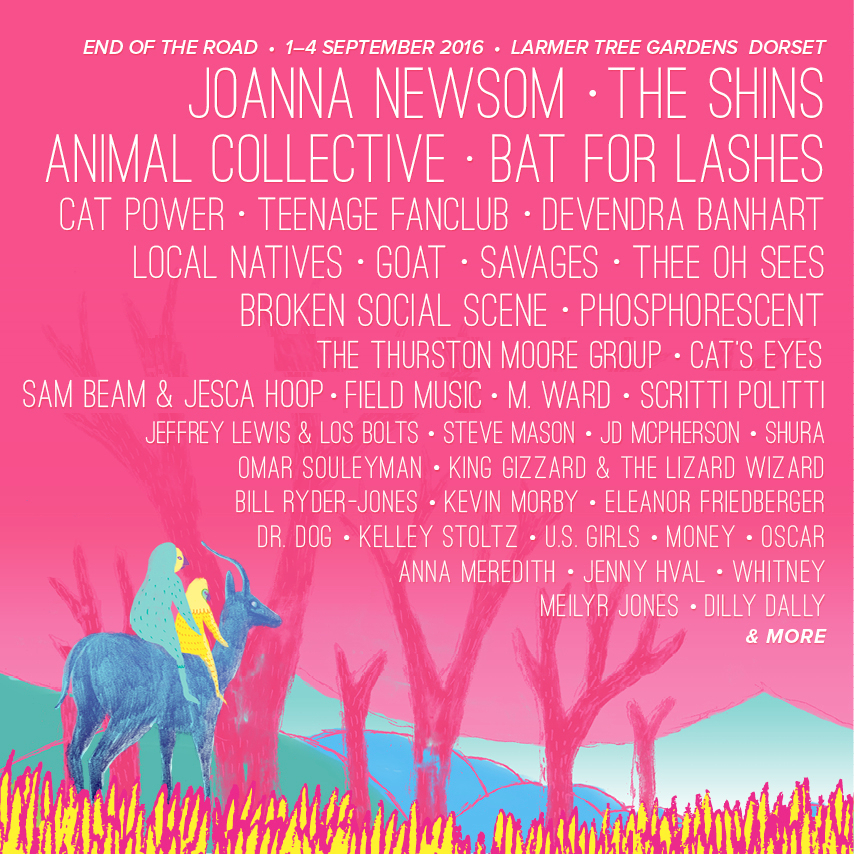 The Shins will play their first UK show in over four years and their only UK festival in 2016 at this year’s End Of The Road. This will also be their first ever appearance at the festival. With a new album potentially in the pipeline, we are delighted to welcome James Mercer and his band of merry melancholy men to Larmer Tree Gardens for the first time. They will open the festival with a special Thursday night Woods Stage headline performance.

Further additions to the line up include Faris Badwan and Rachel Zeffira’s orchestral pop side project Cat’s Eyes, whose anticipated new album is due next month. More new talent has also been added in the shape of Virginia based singer-songwriter Lucy Dacus whose debut album No Burden is already one of the year’s most acclaimed, as well as some-time Angel Olsen backing band members LionLimb with their baroque pop ballads.

We are also delighted to announce the winners of our Play End Of The Road competition. First up,  London based purveyors of drone-pop The Leaf Library, who describe themselves wonderfully as “Yo La Talk Talk”. The second lucky newcomers are the dreamy psych poppers Baywaves, whose forthcoming album was produced by Joe Walker of fellow EOTR 2016 performers King Gizzard & The Lizard Wizard.

Final tier tickets are now on sale at £195. There are no booking or transaction fees. A deposit scheme allows people to pay £45 now and the balance by 15 June: http://www.endoftheroadfestival.com/tickets

Playing her only UK festival since the release of Divers, one of the albums of 2015, the dazzlingly talented Joanna Newsom will headline End of The Road with her harp-led sonic odyssey. Joining Joanna as headliner and making their first ever appearance at End of The Road will be the Technicolor, genre-hopping, experimental vocal harmonizing one offs Animal Collective. We are also delighted to welcome Bat for Lashes to End of The Road for the first time, who has long been on the festival wish list with her unique brand of otherworldly pop. View the full line up here.