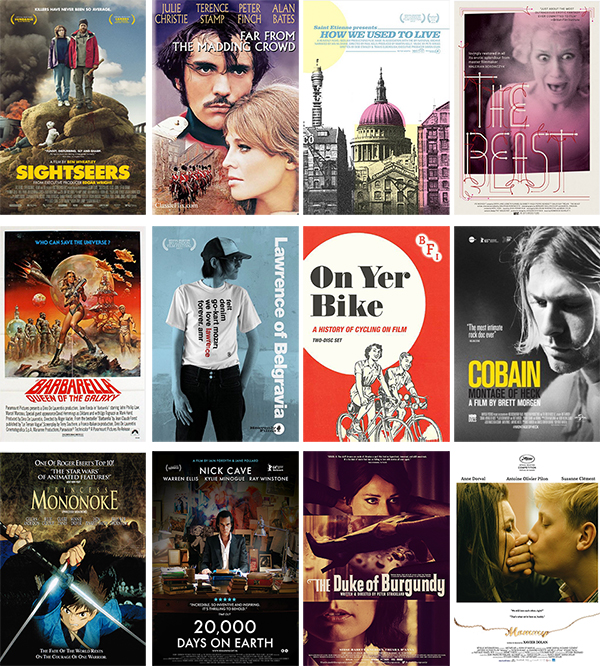 We’re delighted to announce that Will Hodgkinson will be taking over the film tent at this year’s End of The Road Festival.
As well as presenting a “Country Life” themed Friday, a “Rock ‘n’ Roll” Saturday and a Sunday of “Glamour”, he’ll be bringing actor Steve Oram along to discuss and screen his directorial debut Aaaaaaaah! with actors Alice Lowe and Julian Barratt. Sightseer director and End of The Road regular Ben Wheatley will also be returning to discuss his latest projects.
We’ve also got the BFI coming along to show a specially curated hour of On Yer Bike. A mix of short dramas, animations, advertisements and newsreel films which result in a fascinating portrait of the British cycling experience. Ranging from the cut-throat 1928 Olympic Trials at Herne Hill Velodrome to public information films, the collection offers a century of cycling in Britain whilst celebrating classic brands such as Raleigh, Hercules and Witcomb. The event will be introduced by Steven Foxon, Curator at the BFI.
Full listings below
Thursday
Montage of Heck
Heaven Adores You
Mommy
Friday “Country Life”
The Beast (1975)
Blood on Satan’s Claw (1971)
Q&A with Ben Wheatley
Sightseers
Far From The Madding Crowd (1967)
Nuts In May
BFI Present: On Yer Bike
Princess Mononoke
Saturday “Rock n Roll”
20,000 Days on Earth
Beyond The Valley of The Dolls
Rock ‘n’ Roll High School
Q&A with Steve Oram, Alice Lowe, Julian Barratt
Aaaaaaaah!
A Message To The World: Whatever happened to Jesse Hector
How We Used To Live
Dig!
Lawrence of Belgravia
School of Rock